The River Culture Pavilion is constructed in Daegu, South Korea on the site where four rivers come together. The pavilion was constructed to showcase the river-based cultures in the area and to document their changes. Knippers Helbig developed the façade and structural concept of the building through the schematic phase. The structural concept of the building is shown by the clear division between the shell and core, which allows the development of a light shell structure and avoids creating locked-in forces between the two systems. The primary structure of the pavilion is composed of a steel and concrete composite structure that is laterally stabilized by two concrete cores. The vertical circulation winds around a central open space. The façade consists of a steel gridshell laterally supported by the primary structure. The gridshell is covered by specially-patterned ETFE pillows. 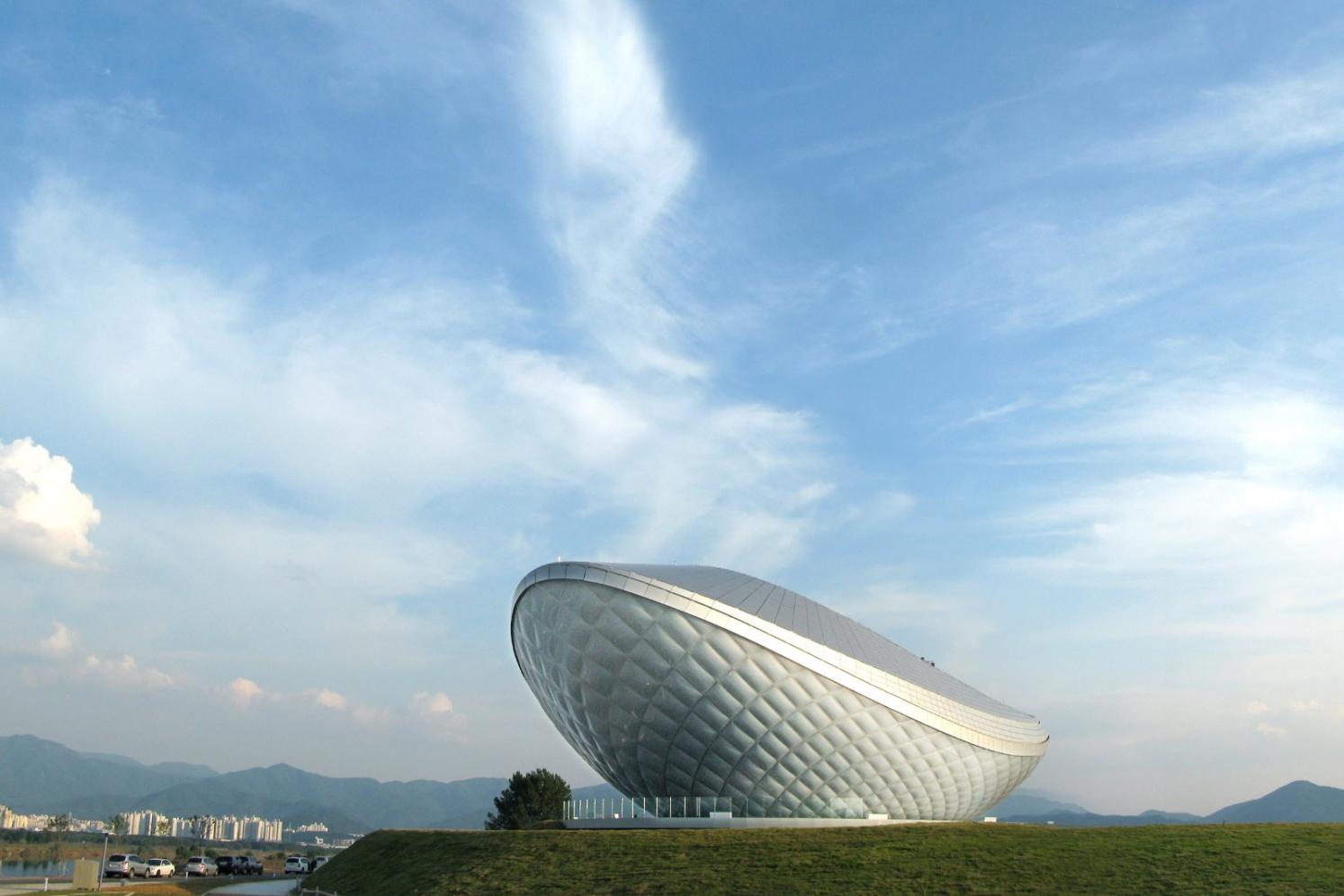