The structure of the stage design initially evolved from the simple logic of stacked timber panels. The subjacent elements of the terraced composition serve as a support to the elements above. By means of continuously shifting the timber panels the stage area unfolds with increasing height into an interwoven fan-like structure with wide canopies and cantilevers. The main focus in the structural design was therefore the stability of the assembly. Since certain stage areas are at times frequented by many actors at once during rehearsals and auditions, a high live load had to be considered in addition to the dead weight loads. 3D modelling tools such as Rhinoceros and Grasshopper as well as structure analysis software like SOFiSTiK and ANSYS were used to determine the equilibrium of the structure. The overall concept was to make the load transfer compatible with the architectural design in a way that no or only a minimum of additional support was needed. 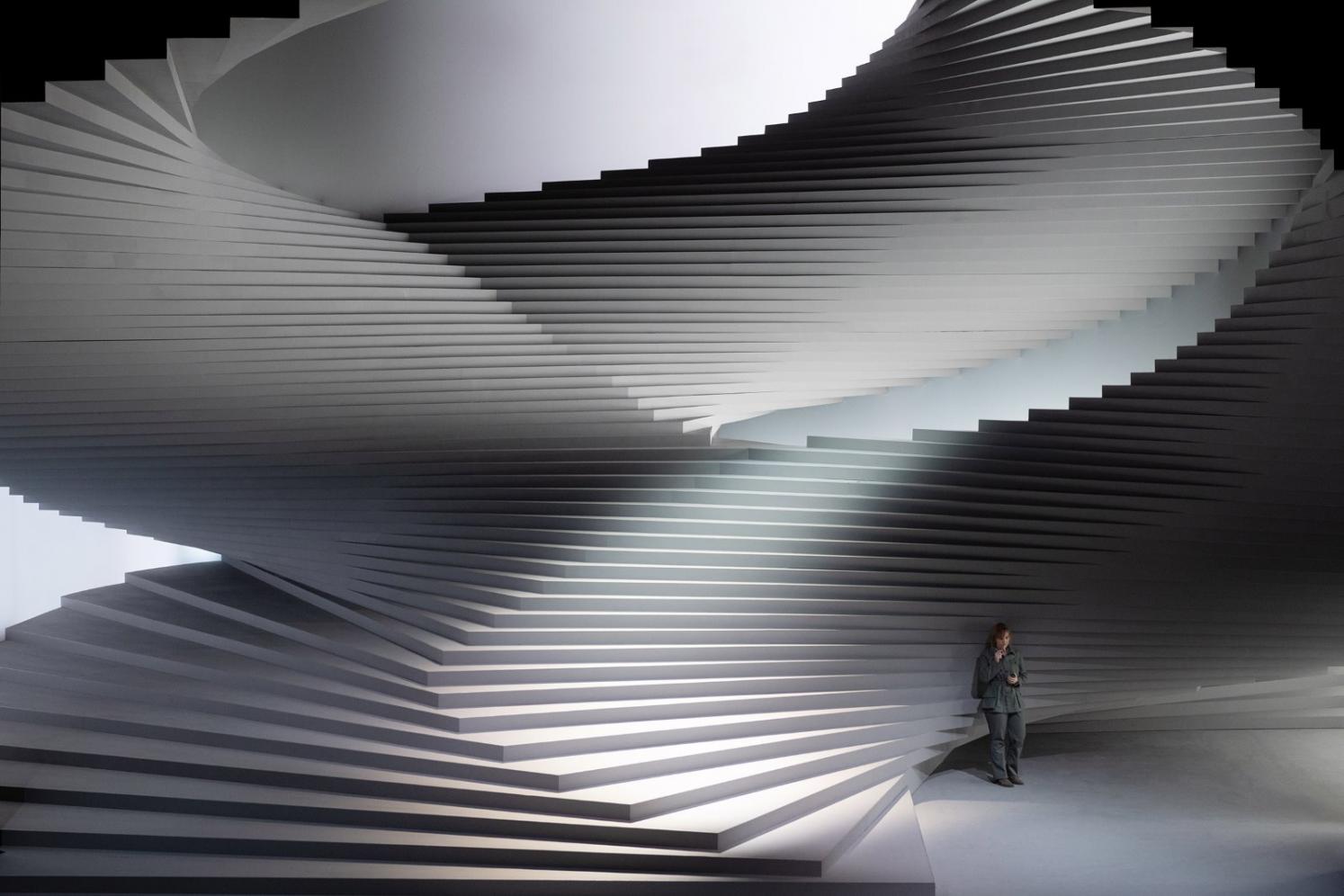