ʺThe project ʻTent at Cuverville Islandʼ – an architectural investigation on nomadic nature analysing the role of human presence in such remote regions of the earth – evolved in the context of the ʻAntarctic Biennale 2017ʼ. The tent contrasts sharply with conventional constructions.
Its orientation, materiality and scale are based on a cultural instead of a pragmatic approach and is accordingly to be positioned at the interface between art and science.ʺ (Excerpt from a press release by Gustav Düsing) Consultancy on the development of the supporting structure was provided by Knippers Helbig GmbH.
Architect: Gustav Düsing 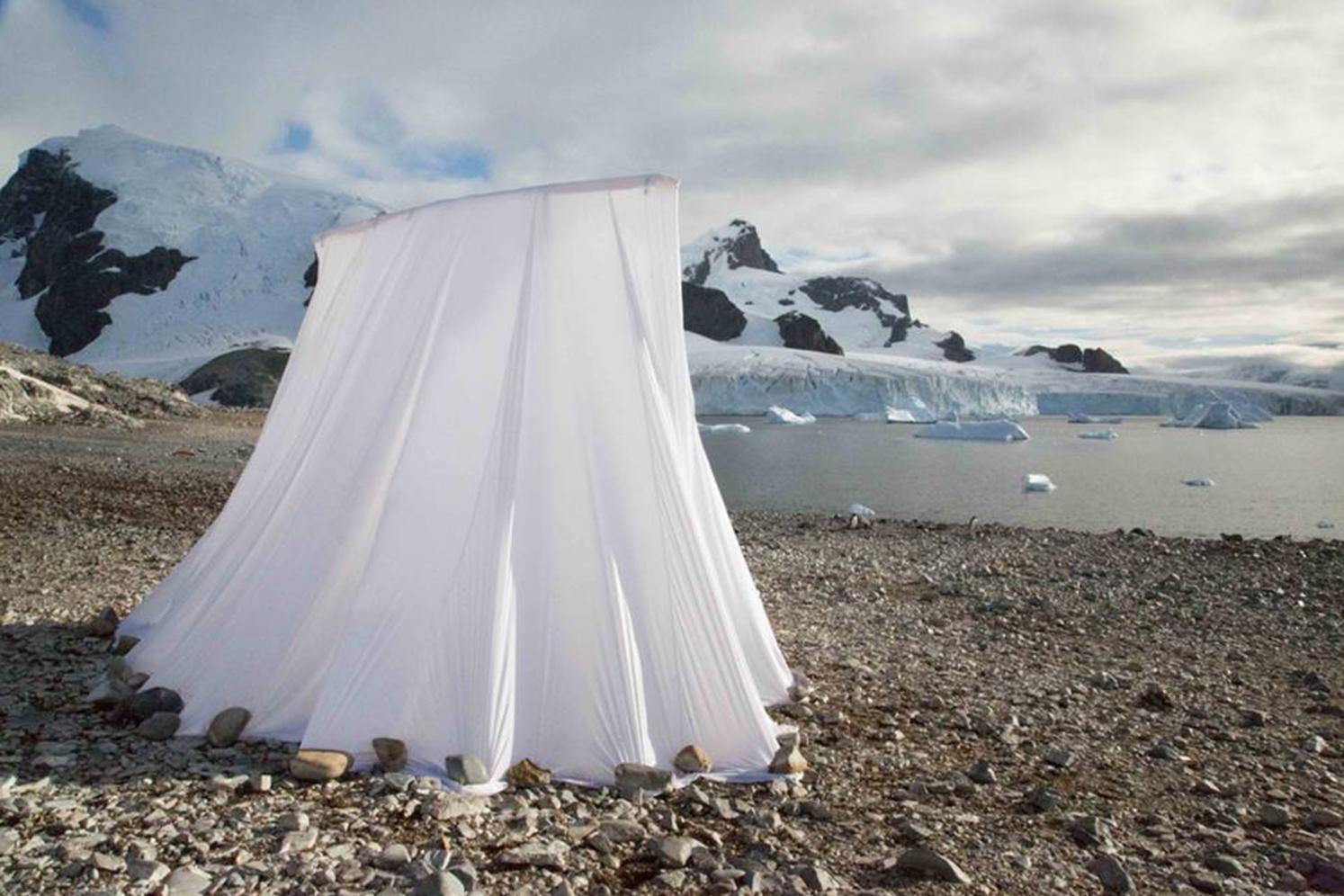